10 Telltale Signs of a Substance Use Disorder

A person may choose to abuse drugs from time to time, but it isn’t far-fetched to become concerned that this mild drug abuse could morph into a substance use disorder. It is important to be able to recognize the signs of frequent substance use, dependence, and even addiction in a loved one. Below are ten of the most telltale signs that can help reveal the presence of any type of substance use disorder, allowing you to recognize if a loved one truly needs help.

Many individuals drink in order to feel good, but they know the appropriate time to do so. However, someone who is facing a serious issue may choose to drink at times where it could become dangerous. This can occur with other substances of abuse as well. Mentalhealth.gov states, “Using substances in physically hazardous situations such as while driving or operating a machine” is one of the strongest signs that a person has a problem and will not be able to quit on their own. It shows that their need to drink or take drugs is a higher priority than their own or someone else’s safety.

“Missing work or school, or a decease in performance” is another strong indicator of a substance use disorder (NLM). Regular substance abuse causes apathy toward all other aspects of life. In fact, it can even cause a person’s grades to drop or for them to get fired from a job. This is because nothing will matter to them as much as taking drugs. In addition, these individuals will often quit activities that they used to enjoy, because they don’t see the point in them anymore.

Your loved one will likely become extremely reticent if they are trying to hide a substance use disorder from you. They will not want to tell you where they have been or whom they have been seeing because they will be concerned about exposing their secret; in fact, they may even lie outright when you ask them these questions. Some individuals also become extremely hostile when confronted about their substance abuse.

Individuals who spend their time abusing drugs will often show signs of illness, either when they are high and experiencing the effects of the drug or when they are unable to take it and begin to undergo withdrawal symptoms. Some of the common physical signs of drug abuse include:

Different drugs cause different physical effects, but many individuals experience a consistent look of illness when abusing drugs regularly.

According to the DOJ, “The term drug paraphernalia refers to any equipment that is used to produce, conceal, and consume illicit drugs. It includes but is not limited to items such as bongs, roach clips, miniature spoons, and various types of pipes.” Some other examples of drug paraphernalia can include

If you are concerned that your loved one may be abusing dangerous drugs, look for these items in their bedroom or home. The presence of more than one of these strongly points to the a possible substance use disorder. 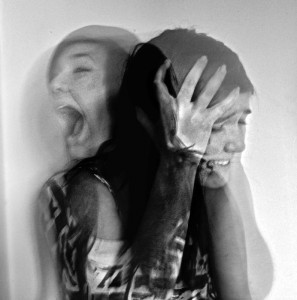 Mood swings are a sign of a substance use disorder.

Abusing drugs will cause an individual to experience frequent mood swings. These can start with “periods of unusual hyperactivity, agitation, or giddiness” when the individual is currently high and morph into irritability or depression when they are not (Mentalhealth.gov). In some cases, individuals might exhibit angry outbursts for no reason that you can see. These mood swings will often become a common occurrence, and a mild-mannered person can show signs of an entirely shifted personality, a change that is often troubling but can be explained by frequent drug abuse.

Abusing drugs can cause an individual to exhibit an extreme shift in those with whom they want to spend their time. Old friends can often become unimportant to the user, and instead, the individual will want to be around new people, those who also abuse drugs. Those suffering from a substance use disorder will also start to pull away from friends and family members in general, becoming isolated. This can be very hard for the loved ones of these individuals, but it is important to remember that it is a symptom of their drug abuse.

Even if a substance is not known for causing specific, long-term memory issues, a person who is constantly high will have trouble discerning what happened to them when they were in that state. If you consistently find yourself having conversations with your loved one who then does not remember them the next day, it is likely that they are abusing dangerous substances with some frequency.

According to the St. Paul Police Department, it is common for drug dependent individuals to become extremely self-centered, and many of the aforementioned signs can attest to this. In addition, a person is likely to become manipulative in order to continue abusing drugs and avoid the consequences of said abuse. The individual will consistently “make… excuses for failure or find ways to have other people handle their problems or bear the consequences of their actions or behaviors.” In many cases, they will defend their drug abuse with excuses such as:

Drug abuse consistently causes financial issues for users, and they will often try to get money any way they can in order to obtain more drugs. Borrowing money from others and never paying it back, stealing money, and using money that was meant for life’s necessities (like rent, food, clothing, etc.) are all signs of a substance use disorder that is spiraling out of control. In many instances, individuals do illegal things to obtain money or drugs and are arrested for these actions.