Dangers of Substance Abuse in Pregnancy

Many individuals who smoke cigarettes, abuse drugs, and over indulge in alcohol struggle when attempting to quit for their own personal health. However, individuals who consistently participate in substance abuse are risking the health of both themselves and their unborn children when continuing to do so after becoming pregnant.

While many people quit smoking, drinking, or using drugs when they decide to have children, this is not always the case. According to SAMHSA, “Among pregnant women aged 15 to 44, 5.4 percent were current illicit drug users based on data averaged across 2012 and 2013.” Understanding the dangers of substance abuse in pregnancy is important for every drug user, even if they are not currently pregnant or attempting to become pregnant.

What is Maternal Substance Abuse?

According to the NLM, “Maternal substance abuse may consist of any combination of drug, chemical, alcohol, and/or tobacco use during the pregnancy.” When a person becomes pregnant, doctors recommend that certain types of food, activities, and other things which, while sometimes fine in moderation, should be avoided during pregnancy. This is because of how they can negatively affect the life of the child as well as the mother. Others should be avoided at all times, especially during pregnancy. Toxins that exist in these substances will be absorbed by both the mother and the fetus, possibly endangering both of their lives.

Unfortunately, not everyone who becomes pregnant realizes it right away. This can lead to some side effects which are unknown until it is too late to reverse them. Sometimes this kind of abuse can still occur in the delivery of a healthy child, sometimes not. In addition, other individuals realize that they have become pregnant and continue to abuse drugs, alcohol, and the like. This is normally a symptom of addiction which should be treated for the safety of both the pregnant individual and the fetus. Substance abuse during pregnancy can have many serious effects which should be avoided whenever possible with treatment (if necessary) and abstinence from illicit or dangerous substances.

Effects of Substance Abuse on Pregnancy

Certain substances have different effects on the pregnant individual and the fetus. Some of these experienced by the child can be short-term effects like withdrawal symptoms while others can affect the child throughout their entire life. The mother can also experience intense effects due to the stress of carrying a child while also ingesting these toxics.

Consider the effects of different substances and how they especially are related to pregnancy. 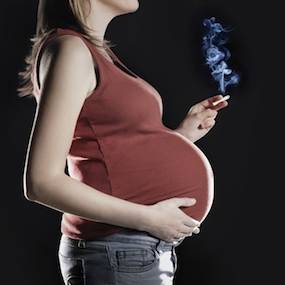 Abusing tobacco while pregnant can cause learning and behavioral problems.

There are many dangers associated with substance abuse during pregnancy, many of them experienced by the child or associated with their development. Abusing these substances can often cause miscarriage and stillbirth. It is also important to remember that becoming pregnant does not cause someone to stop being addicted to drugs; in many cases, drug addicts will continue abusing these substances even after discovering that they are pregnant, endangering both their lives and the life of the fetus.

Seeking help is the best way to ensure that the dangers of substance abuse do not affect you or your child. Remember, there is no safe way to abuse the substances listed above while you are pregnant.